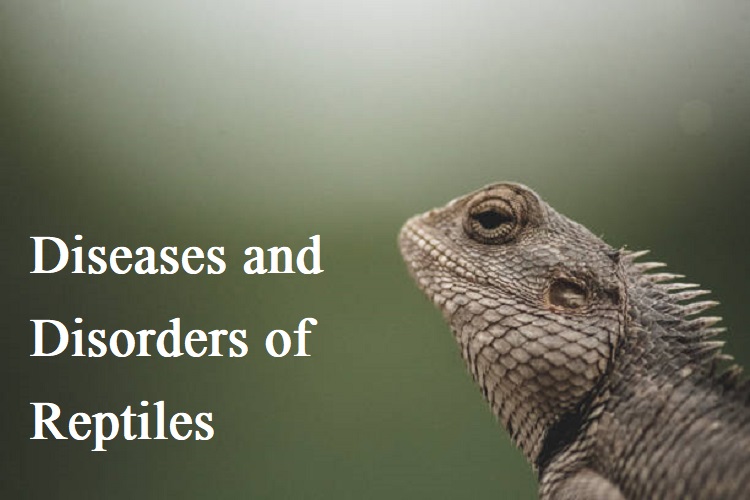 Reptiles are wonderful pets which need to be taken care of as they are more prone to fall sick.

If you want to know more about the common diseases of reptiles then you are in the right space.

Proper nutrition, hygienic environment and a routine check up would keep your reptile pets healthier.

Let us explain to you about some of the common diseases of reptiles.

One of the general reasons for death in the reptile family in which the entire body is affected. The mortality will be either instant or after a lot of suffering. This is mainly caused by parasites or in some cases due to environmental stress.

It is important to maintain hygiene to reduce the risk of Septicemia. Infected reptiles are supposed to be isolated from the healthier ones.

Mostly occurs in turtles, lizards and snakes. Mainly caused by the bacterias present in the mouth.  Initially there will be inflammation of the tissues lining the mouth. Gradually develops red spots in the mouth and in severe conditions the infection spreads to both upper and lower jaw lines.

Reptiles affected with stomatitis may develop respiratory as well as gastrointestinal infection if left untreated. The infected tissue can be surgically removed and can be given antibiotics.

One of the dangerous protozoa which causes digestive problems in reptiles. Generally reptiles like snakes, turtles are more susceptible. Few reptiles like cobras, crocodiles are seen to be resistant.

Symptoms include vomiting, loss of appetite, bloody stools, diarrhea, and in severe condition causes death. The affected ones or the dead reptiles may act as a carrier and the transmission of the protozoa takes place by the primary contact.

In this case the area around the eyes will be inflamed and sometimes even the eyeball looks swollen. Infectious stomatitis in the mouth extends to the eye area and causes conjunctivitis. Mainly seen in snakes, lizards and turtles.

Mainly occurs due to lack of nutrition, calcium deficiency, Vitamin D inadequacy or both, high protein consumption which results in a distorted skull. This disturbs the usual arrangement of upper and lower beaks when the jaw is closed.

Can be treated by cutting down the beak into a normal form. But this condition generally reoccurs hence long term treatment is essential.

Mites which belong to the Ectoparasitic family will attack the reptiles mainly on the skin folds around the eyes or the ears. They appear as reddish brown or black dots which keep moving around the skin. They cause dangerous skin problems mainly in snakes and lizards.

Basically ectoparasites can be treated using an insect spray or a disinfectant. The treatment goes for several days and make sure to keep the environment clean. The infected reptiles have to be quarantined during the treatment. Aso it is always important to quarantine the new pets before caging with the older pets.

Generally the reptiles have a common opening called cloaca for digestive, urinary and reproductive systems and the condition where the cloaca is inflamed is known as Cloacitis.

Mainly caused by the damage in the protective lining of cloacal tissue or due to internal parasites. Another main reason for cloacitis is stones formed due to the nutritional imbalance. The area around the cloaca will be swollen and sometimes results in bloody discharge.

Cloacitis can be treated by cleansing the inflamed region with an antiseptic, stones can be removed by surgery and the medications will work on internal parasites.

Hope this blog helps you.

Do check out our recent blogs. Happy Reading !!